Skyline to the Sea

The Skyline to the Sea trail is a 32 mile, 3-day trek that goes from the top of the mountain in Castle Rock State Park, down the mountain through Big Basin Redwood State Park, and ends at Waddell Beach. I only had a weekend free, so I decided to tackle the trail in 2 days. I’d read that it’s been done in 2 days… but that might not have been the best info to trust. Here’s how it went: 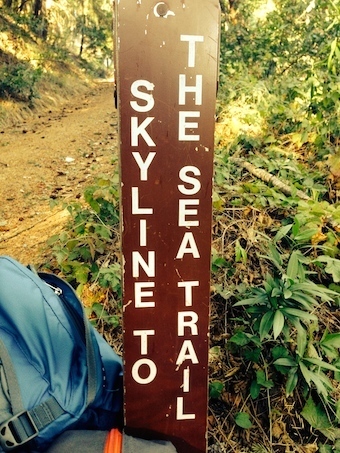 At around 10pm on Friday night, my friend and I were dropped off on an empty mountain road in Castle Rock State Park one mile from Castle Rock camp. It was very eery walking on the silent trail in darkness, with only headlamps to guide us. We found a campsite, set up tents, and tried to get as much sleep as possible.

Waking up the next morning, this was our view after 20 minutes of hiking: 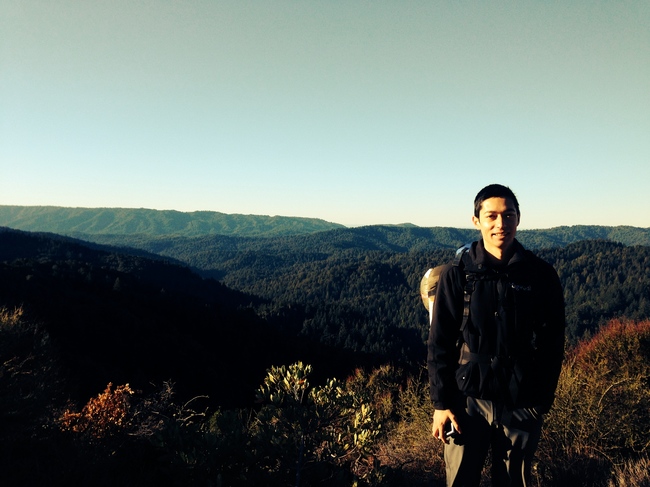 The beginning of the trail proved to be a bit confusing due to looping trails, unclear signs, and the complete lack of other hikers. We didn’t see any other humans for the first ~8 miles of the day, so we couldn’t ask for directions. After about 2 miles of wandering we did manage to get on the main trail and could enjoy the scenery and wildlife.

This part of the trail went through a dry, hot environment with brush and oak trees. There were birds everywhere, and no humans anywhere. After turning a corner, we ran into a small pack of coyotes that paused and stared at us. Here’s the best shot I could get with my zoom-less iPhone (the coyote is in the very center of the photo): 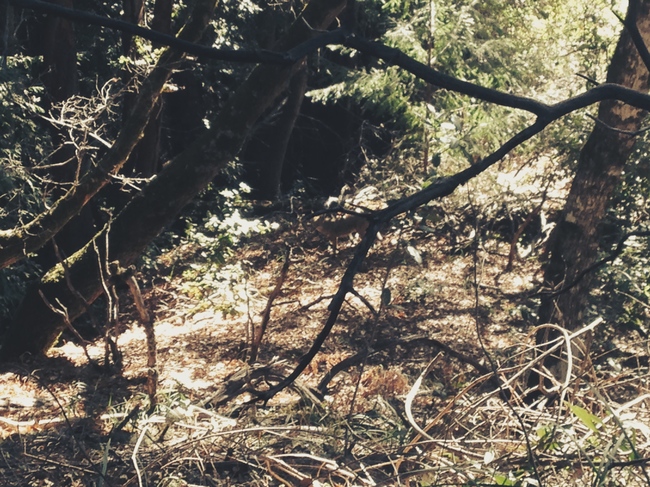 We enjoyed this section of the hike, but after some miles the trees grew so dense that we couldn’t see many landmarks to get a sense of direction and trail markers rarely gave any indication of distance travelled. It was a bit dull and we started to tire from the heat, but we still had many miles to go. Snack and water breaks were frequent during this period. The environment gradually changed, and we became surrounded with redwoods and more greenery. 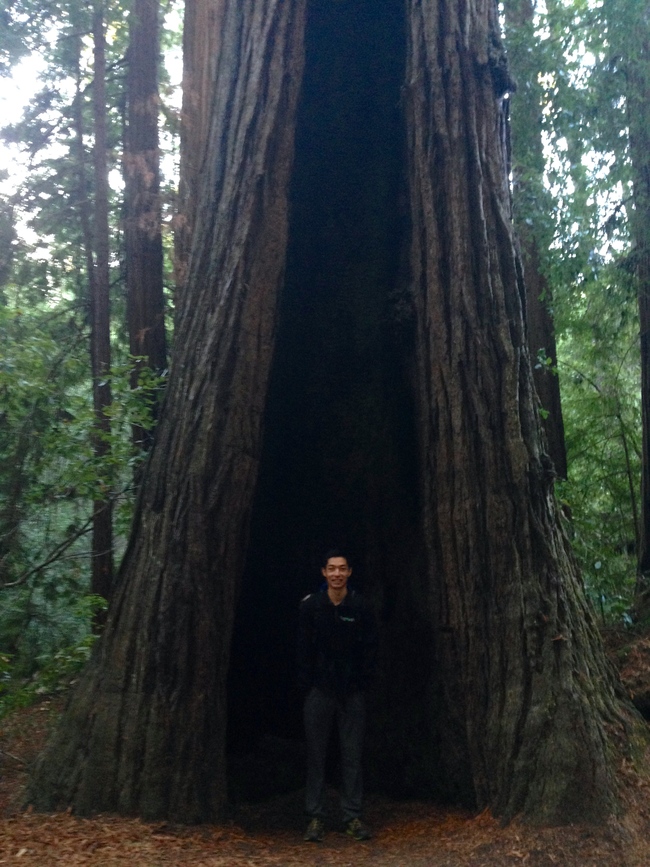 Continuing down the mountain and into Big Basin State Park, we reached park headquarters around 4:30 pm. There were many more visitors at this point, but all had driven into the park for day trips. I don’t think we saw any other backpackers on the whole trip (maybe due to the weather forecast…). We talked to a park ranger and learned that our campground was another 2 miles from headquarters, so we headed out for the last leg of this day’s trip. Unfortunately those last 2 miles were the steepest and most confusing of the whole day. (If we do it again, we’ll be camping near park HQ). Luckily, we reached our campsite exactly as the last ray of sun disappeared, and we proceeded to set up a tent, cook a freeze dried meal, and sleep for 12 hours straight.

The next morning we awoke to the sound of raindrops, and a leaky tent. Surprisingly, our cheap Target tent didn’t completely keep out the rain. Trying to stay as dry as possible, we packed up quickly and headed out. For the first two miles, it rained consistently and made the trail slippery, even forming a stream in the middle of the trail at times. 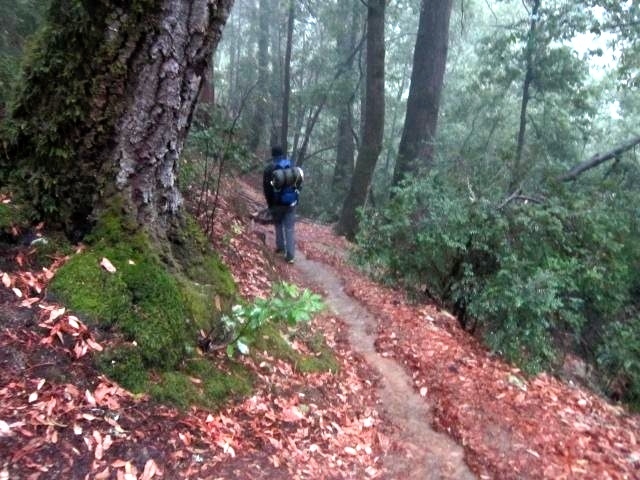 We managed to drag our soaked selves to park headquarters where I had the best hot cocoa and slim jim of my LIFE. I also had a chance to dry off next to a blazing fire. We definitely considered giving up at this point … but then we wouldn’t be able to say we finished the Skyline to Sea Trail. So we continued on.

The redwoods grew bigger, the terrain muddier, and 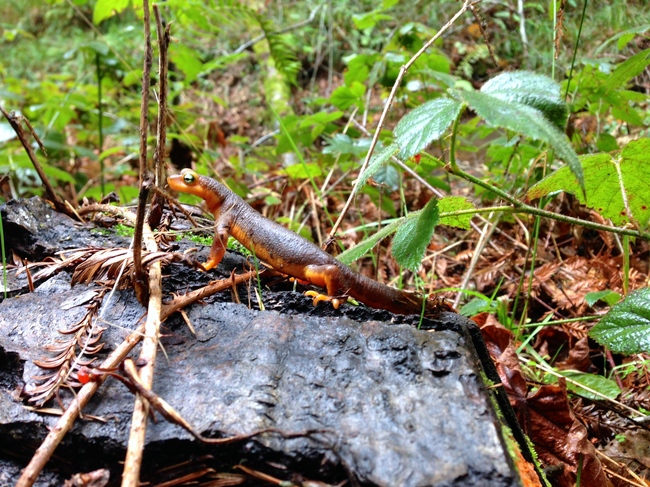 These things were all over the trail and I had to make a huge effort not to step on them. This task was only made more difficult by the newts’ color because they blended in perfectly with the fallen pine needles. I’m happy to say that I think I only stepped on one newt.

Once more the trail entered new terrain as we dipped into a valley and began to follow a creek. We came to Berry Creek Falls and took a short lunch break. Surprisingly, this is where we saw the one and only banana slug of the whole hike. I thought there would’ve been more since Santa Cruz was so close by. 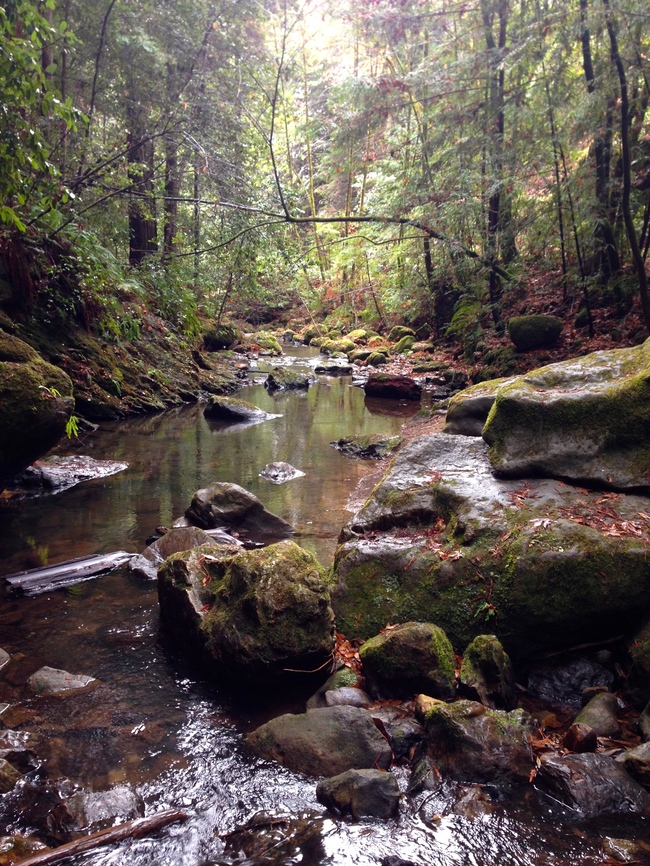 After a couple more miles, the valley opened up to the coast and we came upon this amazing sight: 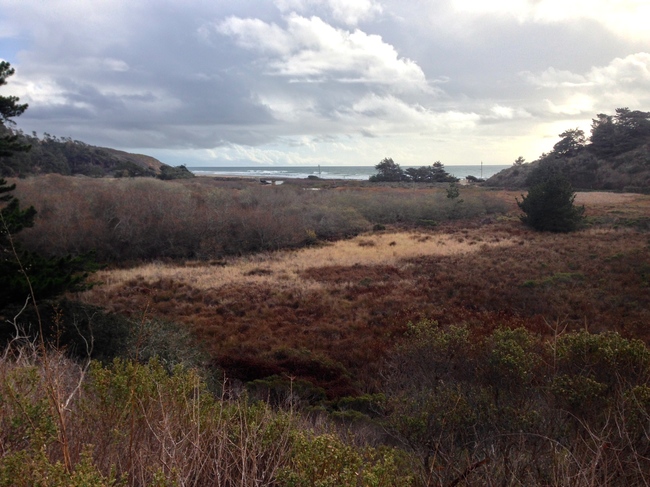 We were incredibly excited as this point - excited to see Waddell Beach and excited to reach the end. Despite the rain and exhaustion, we truly enjoyed the trip. We rested in a driftwood fort on the beach for a couple hours, and then got picked up by our friend (after we signaled him with flashlights, a technique picked up from Bear Grylls). 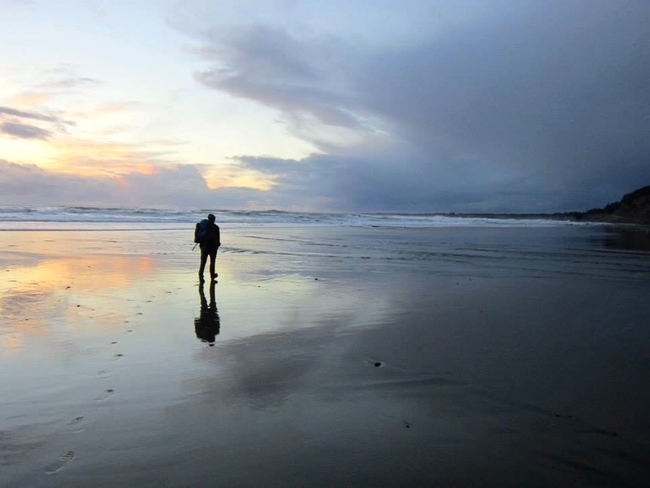 I categorize cooking as an adventure away from computers, so here goes my first venture into the recipe world! Need a homemade barbecue sauce to go with some homemade ribs? Maybe you need some sauce for a sloppy joe? Try out my soy... Continue →